Carols in the park grows and grows

As a thank you for all of the support given to the Astwood Bank Carnival team throughout the year they held their annual Carols in the Park event on Saturday 23rd December.

The carols led by the Astwood Bank Operatic Society were accompanied by the West Mercia Police band as well as the hundreds of local residents. Obviously the highlight for many of the younger residents was the surprise appearance by a certain gentleman in a red and white cloak who was able to hand out small presents to the youngsters.

The mince pies and mulled wine enjoyed by nearly everyone were kindly provided by many of the organisations that have received grants from the Carnival team this year. 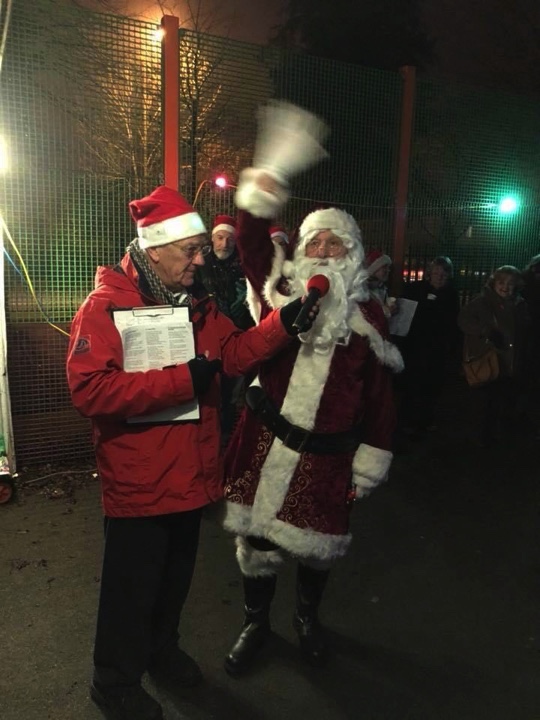 Jenny Lightfoot who organises the event commented “Every year the event gets more and more successful. This year was our first year with our Christmas lights along Evesham Road which just helped add to the atmosphere of what is a great community event bringing everyone together at this special time of year. Although we don’t charge for this event we do ask people to make donations that will go towards the upkeep costs for the Christmas lights and will hopefully allow us to add to them over the coming years. People were very generous and we’d like to thank them for all of their support.”

Above, Father Christmas chats to one of his helpers.