Carnival weekend kicked off with an extremely well attended barn dance on the Friday evening. The threat of the first rain in weeks didn’t dampen the enthusiasm of everyone as they joined in with the Life of Riley band on the dance floor. They were also entertained and astonished by the close up magic tricks of local magician Sam Wilson. 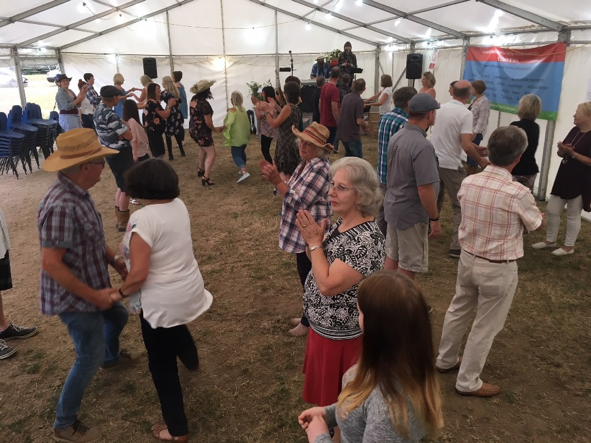 Event organiser Colin Bates commented “It was a brilliant to start the weekend of celebrations with such a cracking event. Clearly a few of us were a little down on the England World Cup result, but once everyone arrived, there was a real party atmosphere. We invested in hiring a bigger marquee this year which meant we could have more people come along. It was brilliant to see all of those happy smiling faces and set the team up ready for the main Carnival event on Saturday”.

Carnival Day saw near perfect weather conditions.  Right from those arriving on the carnival field at 08:00 to finalise getting everything ready, to the same group clearing up on the Sunday morning we had blue skies, but most importantly everyone who came along had a great day out.

With stall holders arriving from 9:00, final touches being made to floats and walking group costumes, royalty having their hair and make-up done, final stocks set up for the bar, marshals getting ready for road closures, residents getting ready with deck chairs and bunting, the whole of Astwood Bank was alive with anticipation.

The procession headed by the Carnival Royal family in a horse and carriage followed in Limo’s by VIPs MP Rachel Mclean and MayorofRedditchCouncillor Juliet Brunner, along with County Councillors, was made up of 9 floats, traction engines, a fire engine, an American muscle truck, and an army jeep. 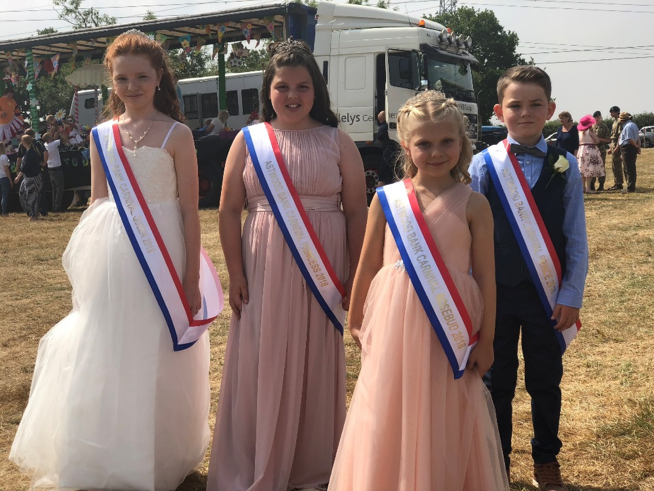 They set off from SE Davis at noon and made their way along Evesham Road to collect from the primary school, walking groups and the marching bands of Kings Norton Marching Band, Redditch Air Cadet Band, and the Marching Band of St Gregory’s, Wolverhampton.

Photo: Crowds lining the streets of Astwood Bank cheering on the floats 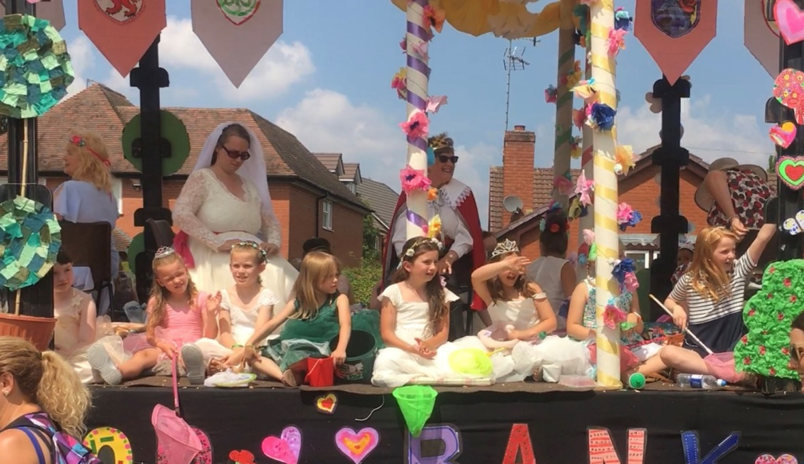 Photo: Winning float’ Astwood Bank Girl Guides, Brownies and Rainbows with a theme of ‘Happy ever after’ 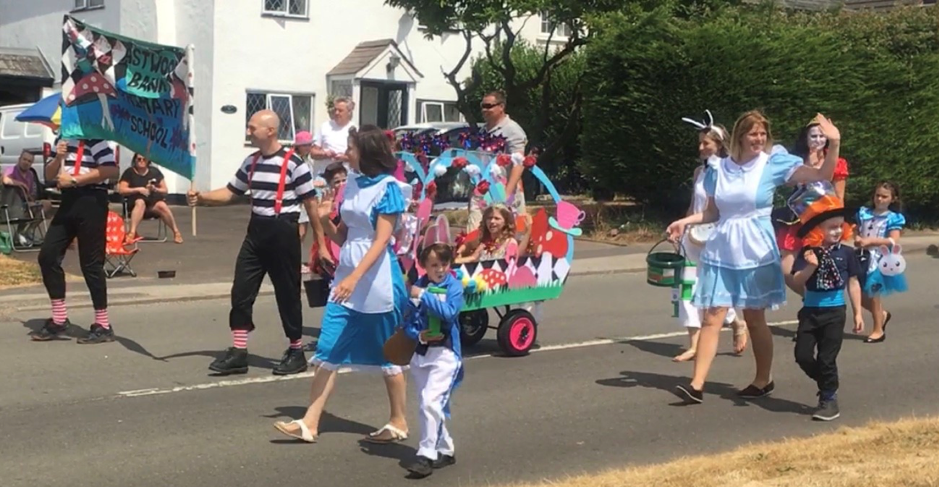 Photo: Winner of the walking group and the overall Best in Show the Astwood Bank Primary School with a theme of Alice in Wonderland

As everyone arrived back at the carnival field they were entertained by Lucy Jane’s School of Dance, just before the crowning of Carnival Royalty and the awarding of rosettes to the best float and walking groups. This year’s arena was vastly increased in size so that we could be entertained by the ‘Horseman of the Knight’ who’s riding skills were fully tested during their full on action display. This theme was continued as the Jorvik Vikingr group re-enacted a battle. Some of the children were invited to join in and seem to be very enthusiastic whilst attacking the poor Vikings! It’s a sign group then entertained the crowds.

Mid afternoon the skies were lit up by a flypast by the Battle of Britain Memorial Flight Hawker Hurricane.

Events came to an end with the grand raffle draw, and as weary families made their way home the Carnival committee sat back relaxed and reflected on another great day for Astwood Bank.

Ashley Hewitt Chairman of the carnival Committee noted: “The list of ‘thank you’ s’ grows every year as more and more people come along and support the Carnival in one way or another. Whether its businesses providing us with equipment to help us put the show on, sponsorship of the events, all of the groups who entered floats and walking groups, people who have helped sell raffle tickets and programmes, the road marshals, residents for bedecking their houses with flags, the council for putting up the bunting, or the residents and visitors for simply coming along and making it all worthwhile, this remains a true community owned event that should make everyone proud, I certainly am.”

For further details on: